skip to main | skip to sidebar


Here are the NON local acts on the waiting list, in their pull order:


Posted by Sarah Mikayla Brown at 3:22 PM No comments:


The following are the NON Local acts that have been pulled by lottery to participate in the 2014 Festival:

Posted by Sarah Mikayla Brown at 3:20 PM No comments:

Hi! The following are the acts that will be playing in the 2014 Festival:

Posted by Sarah Mikayla Brown at 3:18 PM No comments:

Let's Hear it for the Little Guy 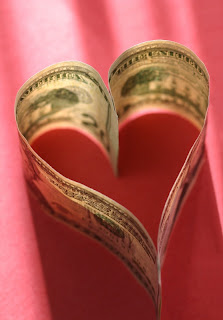 I don't think it's possible to escape online fundraising appeals these days.  There are may different ways to do these drives and they all have their success stories.  The Chicago Fringe Festival will be launching our own Membership Campaign later this month so keep your eyes peeled for more information.  In the meantime though...

I've been reading and discussing a lot lately about celebrities and their Kickstarter campaigns.  Crowd-funding and social media programs have become the easiest way to launch a fundraiser and celebrities who have zillions* of followers can quickly meet their extremely large goals.  But what about the smaller projects?  A number of artists who have performed or will perform in the Chicago Fringe Festival have used Kickstarter, Indiegogo, Razoo and a number of other platforms to fund their entry in our festival.  We have even had two successfully funded Kickstarter campaigns as well.  Our goals have always been much smaller than some projects you'll find on those sites but we still feel that we struggle for every dollar.  So here is what I will ask everyone who cares about Fringe to do.  Go on one of the crowd-funding websites.  Pick one.  I'm not fussy which one.  Find a small artistic project that tugs at your heartstrings.  There are lots of search options so get creative in how you find it.  Give them $5.  Tell them Chicago Fringe sent you.  Then ask your crowd to do the same thing.  I'm not saying you shouldn't donate to the celebrity projects (I certainly have projects I would love to see happen), I'm just asking you to give a little bit of love to the little guys.

*Give or take a few million
Posted by Adrienne at 12:40 PM No comments:

Last blog post, Adrienne talked about giving birth to a Fringe baby. Well, if this baby was just born, the little bugger is sure growing up fast.

Why so fast, I thought to myself today? Why do things feel like they are coming to fruition faster and more furious this year than ever before?

It's a good question, and I think it comes down to the concept of CONNECTION.

I have not hid the fact that the last 6 months I have treated Fringe as a second job. I've been hightailing it everywhere to get things done. And, unlike, say, coding a new computer program, or generating pages of manuscript, most of my "things done" have to do with meeting and talking with people: staff at the Alderman's office, friends and acquaintances in Jefferson Park, artistic associates, potential board members, my professional mentor, independent contractors, new staff....I'm not even sure that list is exhaustive, were I to give it more thought.

See, connecting people is not only something I've worked hard at over the past 6 months, but also something that just, well, happens. It's natural. I guess I could say I'm good at it. It may just been my only real gift :) For more on connectors and their importance in the world, see Malcolm Gladwell's complete treatment on the topic: http://www.gladwell.com/tippingpoint/tp_excerpt2.html. I recommend most of his writing.

Now, I know I am often connecting. But the enormity of it--and the speed at which things are now happening--is something that does not always occur to me. But that's exactly what happened just over this weekend when I met with Fringe's board president, Justin. Now, our board of directors does not officially meet more than quarterly, and so I typically see the Board less than I even see the staff (which is not nearly enough). This meeting was supposed to be with a potential recruit for the board, and unfortunately Justin and I got stood up. So what do two fine gentlemen do when they get stood up? They have tea, of course. And as we began catching up, something funny happened. My mind started to race telling Justin about the things I had been doing over the last 6 months. Interestingly, though, it was racing not because it was just a lot for me, but because I began to see what it meant for him. I started making connections. Connections everywhere! I had so many introductions to make--so many meetings that had happened and information that needed communicating. I had this feeling that I was simultaneously ahead of schedule and far behind! I had to take those connections apart one by one and decide which were important to share with Justin and which could be left out.

It was an enlightening experience for me, reflecting back. Like the plot line of a movie that starts in disparate places but ultimately ties together, I was starting to see (or maybe better stated: oversee) how all of these pieces that I've set into motion are coming to a head.

I've said before and I will say again that Fringe's tremendous power is made possible by our ability to work together. I'm really proud of who we are in that regard. I'd never be able to set things into motion if I didn't have capable folks within Fringe that I could trust to take the reigns. I connect outside of the Fringe circle, loop those connections into our board and staff, and hope the connection takes on a life of its own.

Connection, connection. It all starts with connection.
Posted by Vinnie at 10:32 PM No comments:

Find Us on the Web